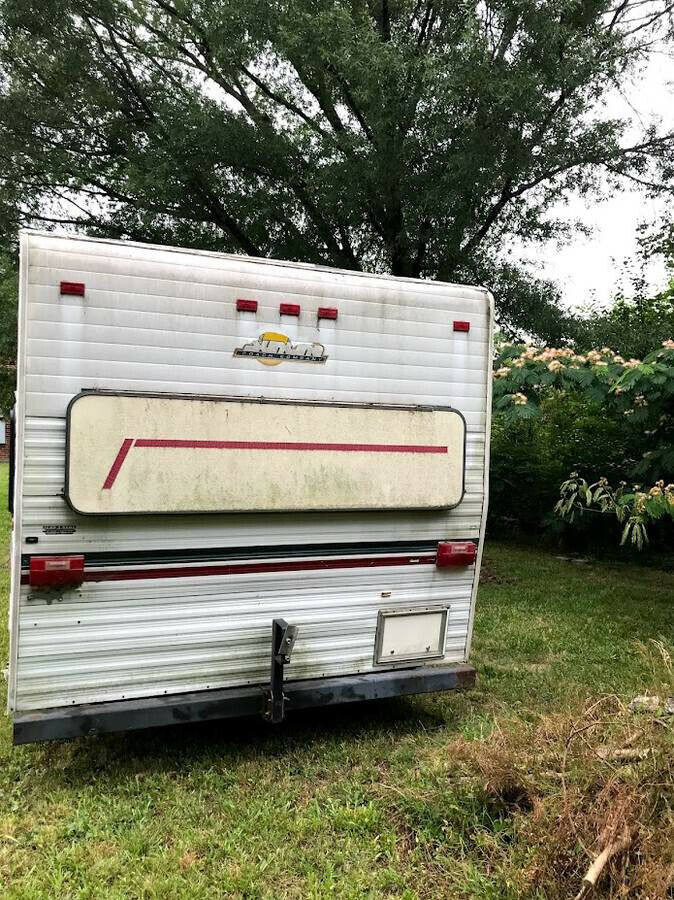 1994 Sunline Solaris camper. We bought the camper shell to rebuild, and have done some work on it, but need to sell due to a move. It was intended to be a long-term project between school schedules, so we have the stuff to do most of the work, it just hasn’t been done yet. Minimum price is just to cover our costs. The roof had been replaced by the previous owners. There are two small window panes that are cracked. We replaced the front parking lights, and had started on the electrical system by reconnecting the running lights first. The insulation has been replaced with foamboard- we have put up most of it on the walls, but there is still a stack to do the ceiling with. We put in new OSB for the subfloor. We bought pressure-treated wood to reframe cabinetry and replace the walls and ceiling with, but never got the electric finished, so it hasn’t been put in. The cabinetry should mostly be there to salvage, but it was taken apart before we got it- we’ve had everything under a tarp. The fridge is propane, and the stove was tossed as it wasn’t in usable or fixable condition. The HVAC unit is all there as far as we can tell. Also included are laminate tiles and underlayment for the floor, wire/switches/outlets for the electric system, and LED ceiling lights. Pick up only, we don’t have a truck to haul it with.